I’ve been tracking our household electricity usage live for a while. We have an LCD display but its not something that we remember to check very often to make sure that everything that should be turned off is off.

I noticed some cheap rgb led strips on deal extreme and thought I’d make my own ambient orb. I dug out an old arduino I wasn’t using and found some information from this site on how to control the strip using a darlington array. I added a perl script to bridge between the microbroker which receives the power usage information and translates it to a color for the ambient orb to display. 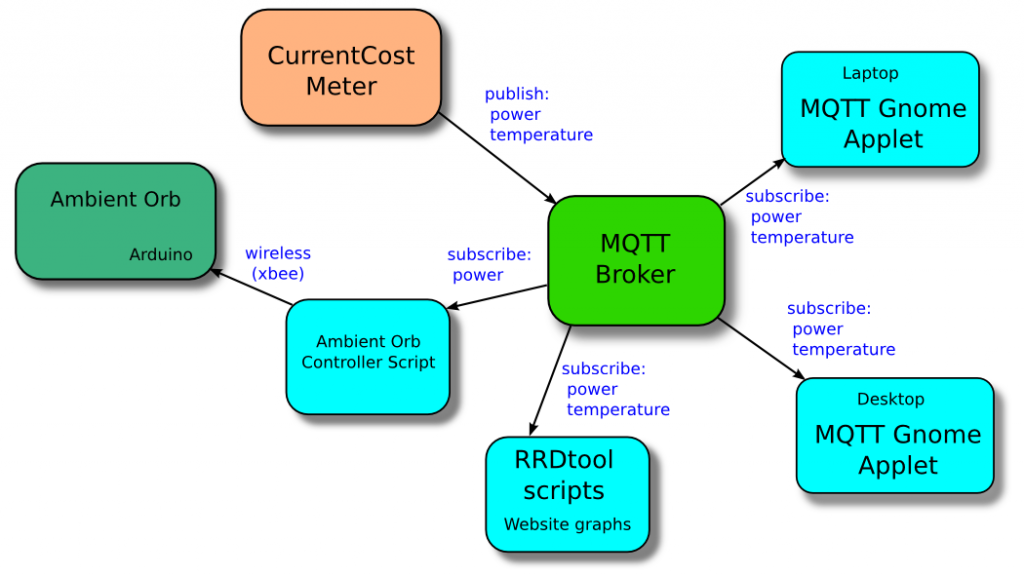 At what is our normal minimum power usage the orb glows blue and as the power usage increases turns green, yellow, orange, and then red. This makes it pretty easy to see at a glance when leaving the house or going to bed if the household power usage is about right. After a bit of testing I added purple at the end for when Kelly turns on the kettle and the toaster at the same time

I’ve been interested in playing with xbees for a while, so rather than get a 802.11b wifi shield for communication I bought an arduino xbee shield and a couple of xbees. It turned out pretty easy to setup the xbees and I think I’ll end up with a little mesh network at home with both sensors and display devices like ambient orbs. 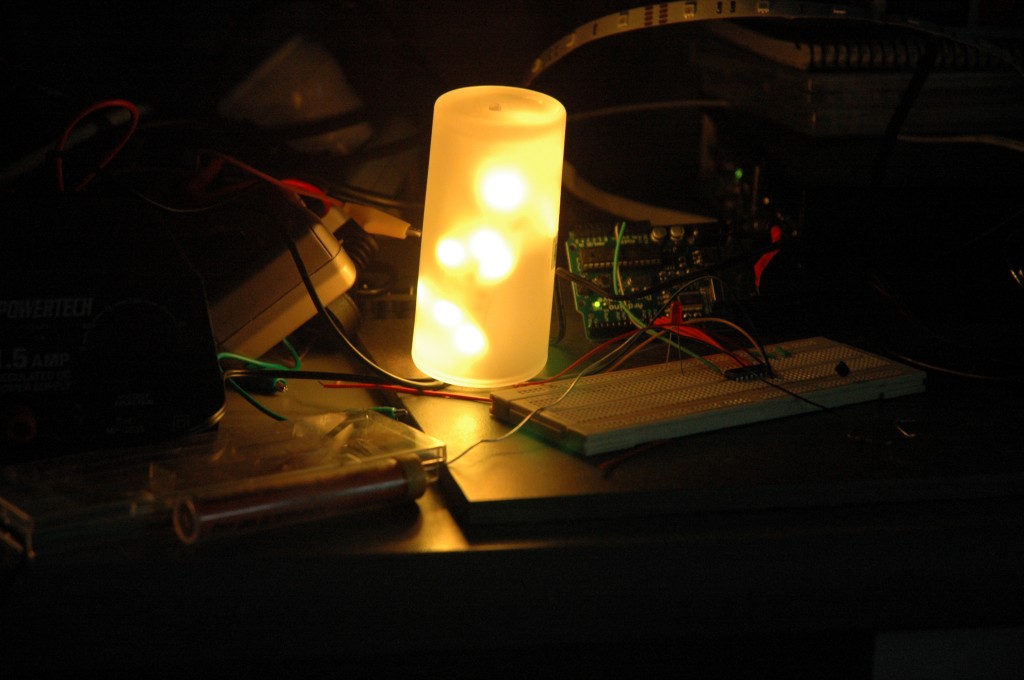 I found some really cheap giant usb driven plastic keys on ebay. It just lights up with a white color when pressed but was easy to disassemble and put the led strips and arduino inside instead. 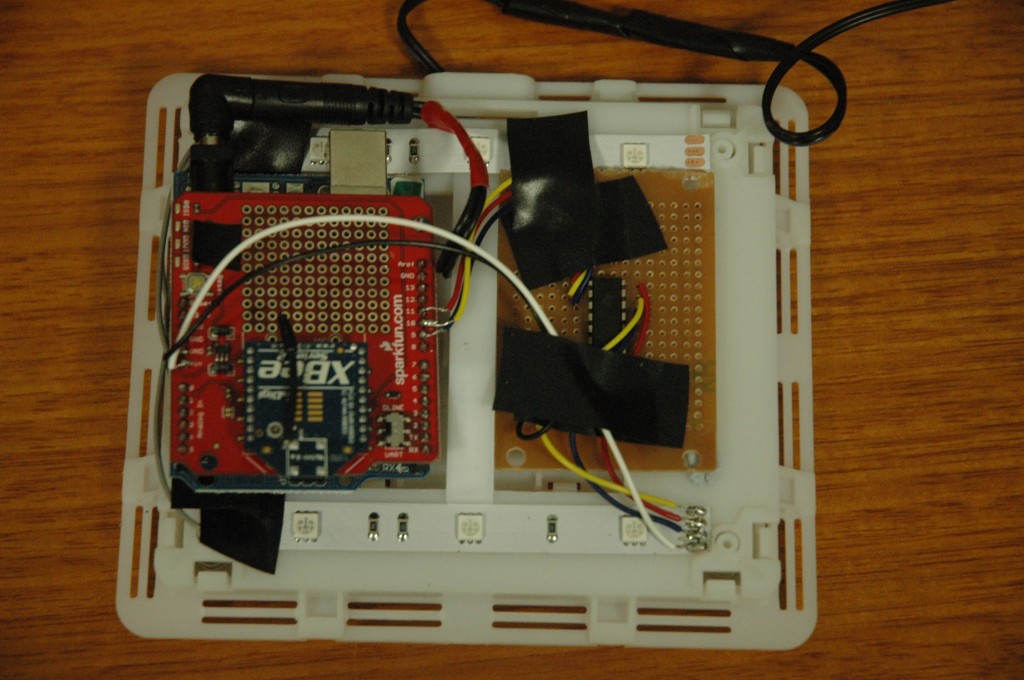 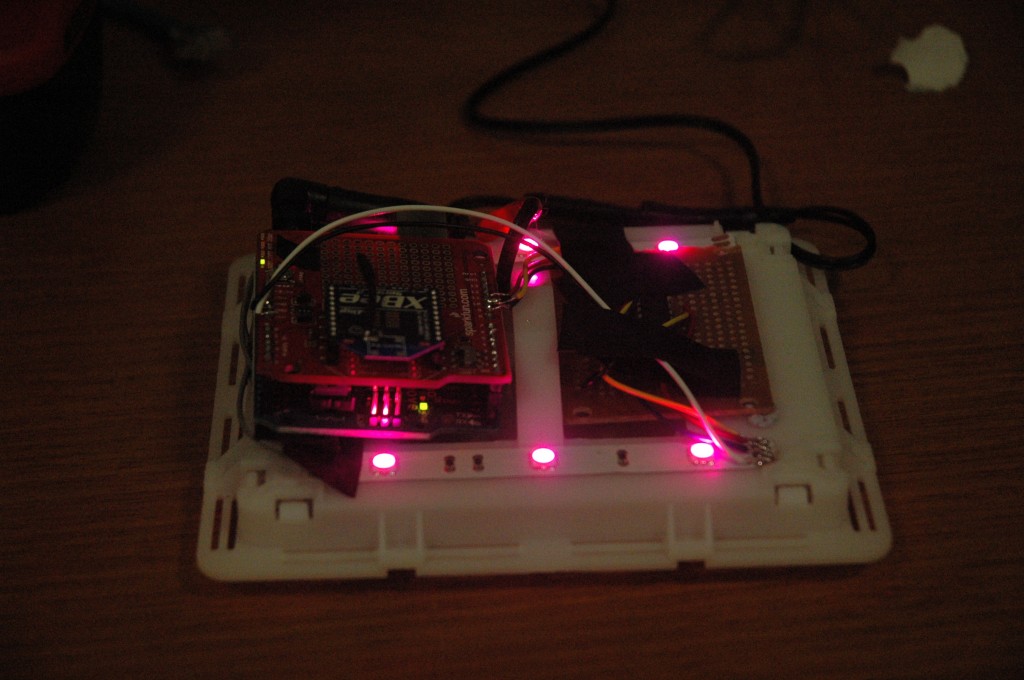 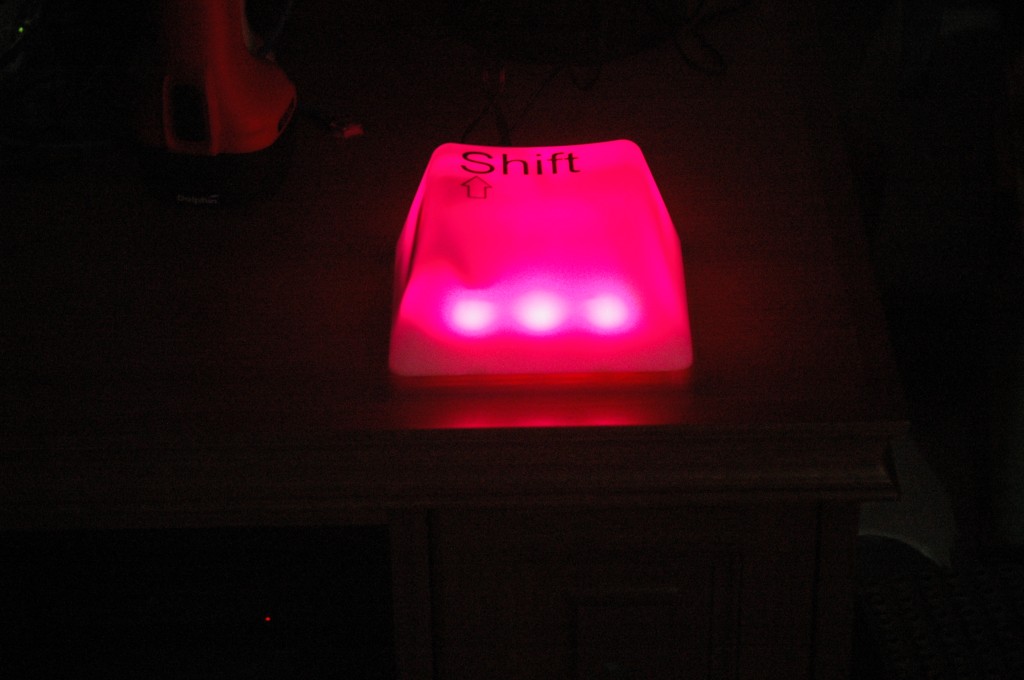 The white plastic does a better job of diffusing the led light than in the photo above.

Now Kelly wants an orb of her own, so I’m helping her make a smaller and cheaper version using an Arduino Pro Mini 328 instead of an Arduino Duemilanove.