All of our outgoing phone calls go via a local asterisk server connected to Internode’s voip service NodePhone. One problem we’ve had is that muting our phone line for long periods of time, which I like to do during conference calls, would lead to the call being disconnected. I should complain more often on twitter as someone suggested I look into RTP keep alive.

By default asterisk does not terminate calls if there is no RTP activity, but neither does it send keep alive packets to the voip service provider if no packets are received when someone mutes their line. Adding the following to the general section of sip.conf fixed the call dropout problem: 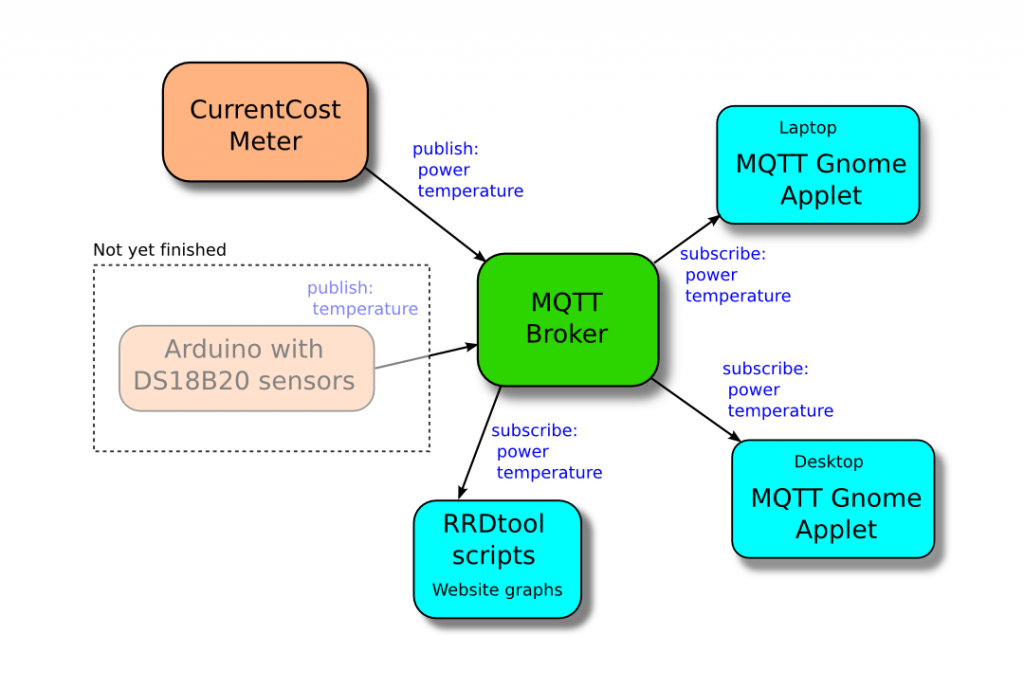 is apparently sitting on the PS3. 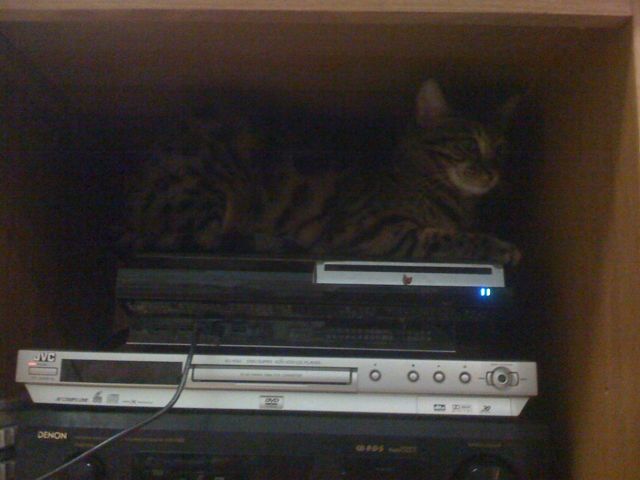 I think Linden would like us to turn on the heater.

Last year i was very lucky to be given a CurrentCost power meter. Unfortunately the electrical board in the townhouse we were living in didn’t really have room to fit the clamp meter and as it had 3 phase power and we only had one clamp we couldn’t really use it properly. Yesterday I finally got around to installing it in the house we’re currently living in.

There is a wireless connection between the meter and the clamp which goes around the active cable coming out of the normal electricity meter.

Unlike most power meters available in Australia it is possible to connect a serial cable to display to get a live reading of the power used downloaded to a computer. Using a microbroker, rrdtool and a bit of perl as glue we know have 24/7 logging of electricity usage at about 30 second intervals from which we can create pretty graphs.

Unlike our last house we have electric cooktops in the current place and you can definitely tell when I started cooking breakfast for Kelly on Sunday in the graph above. It probably cost us about 20 cents in electricity.

Our idle power usage is around 550W which is pretty high and we’ll hopefully be reducing it a bit once we start identifying exactly what is using the power. Looking at a snapshot of power usage overnight its pretty clear when the fridge/freezer thermostat kicks in though.

My sister-in-law Jackie bought me a very tasty treat today: 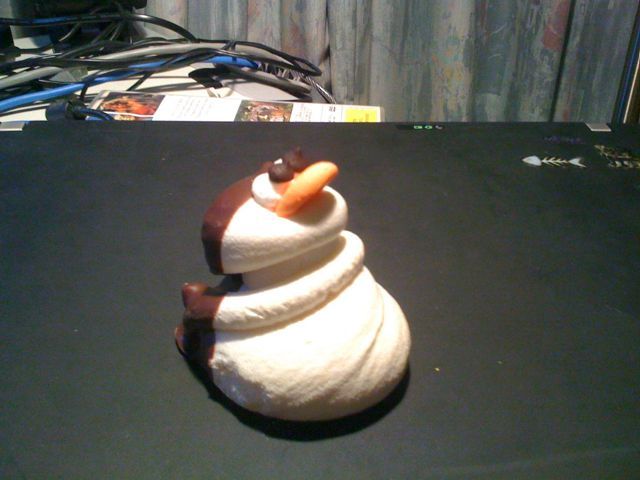 Linden likes to hide in bags and wait for people and cats to walk by before jumping out to surprise them. Sometimes she doesn’t choose her hiding spots so well though. 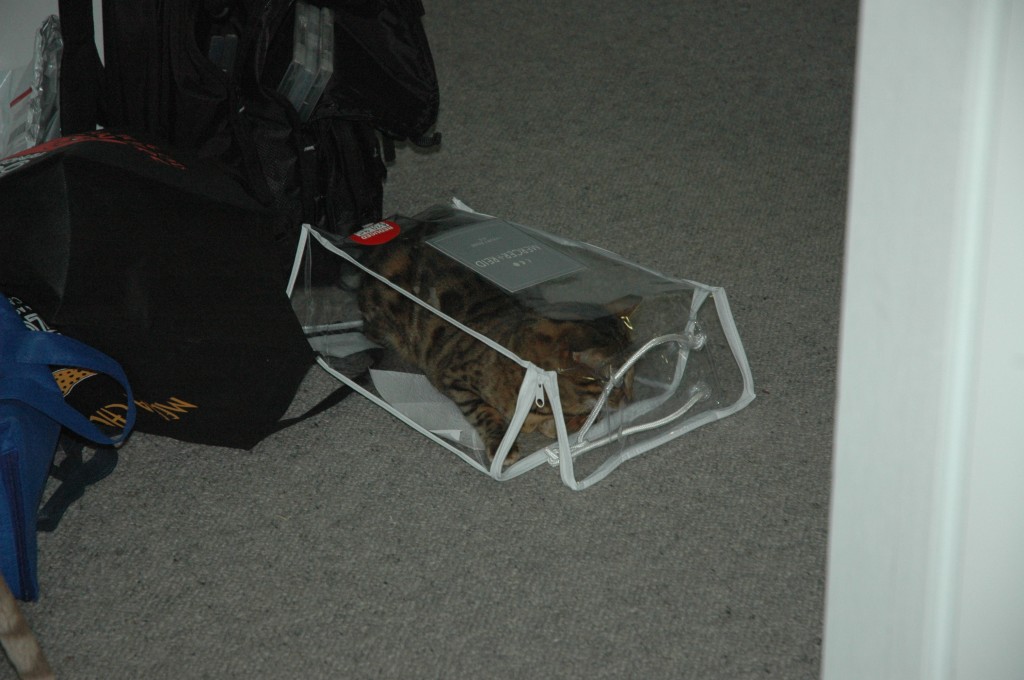 Pipe walks past and becomes prey. I don’t think he’d survive too well in the wild as he doesn’t play dead very convincingly. 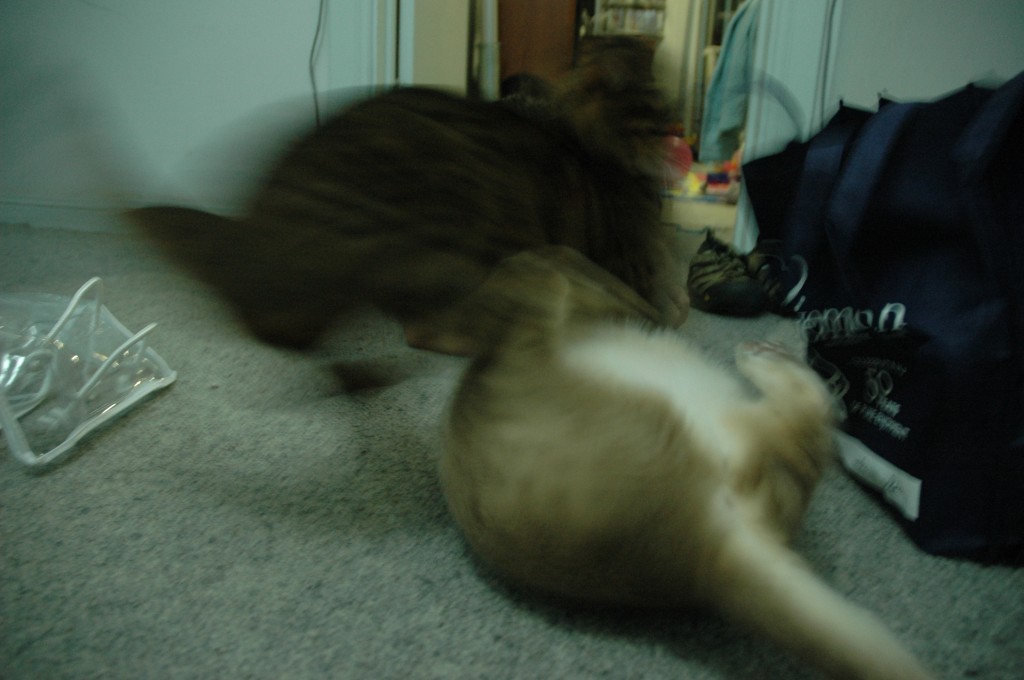 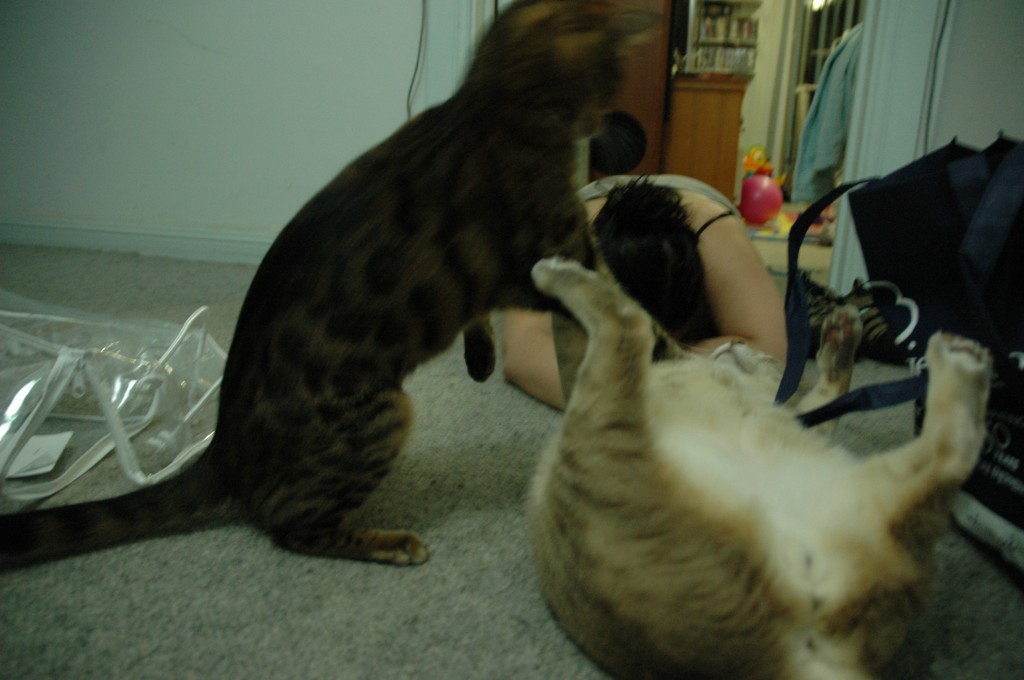 After a bit of wrestling they’re friends again. 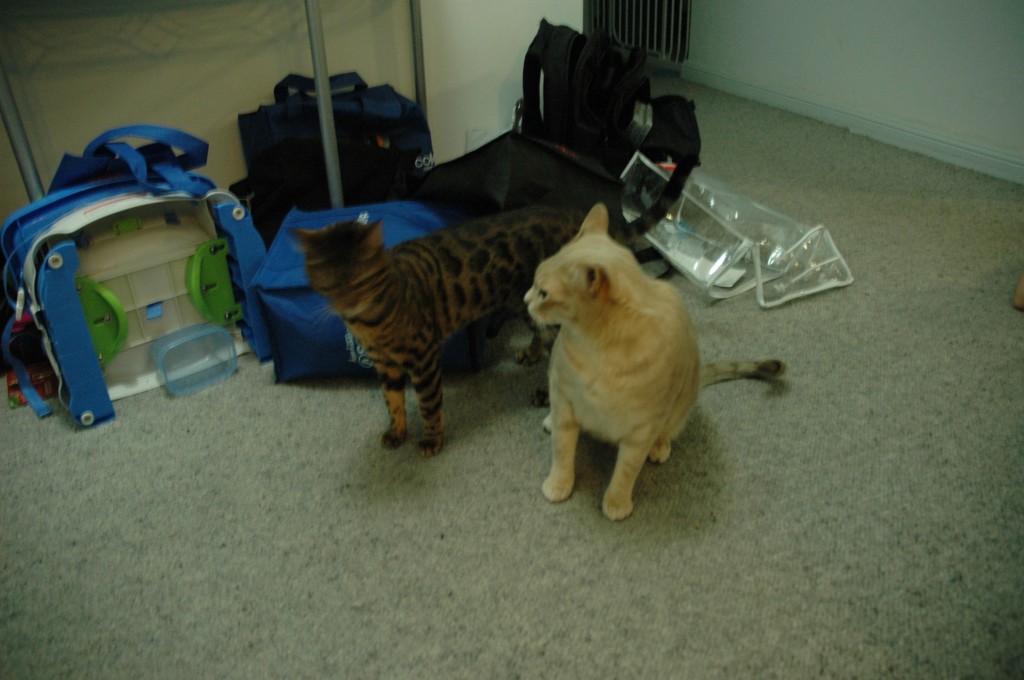 And then its back into the hidey spot for Linden. 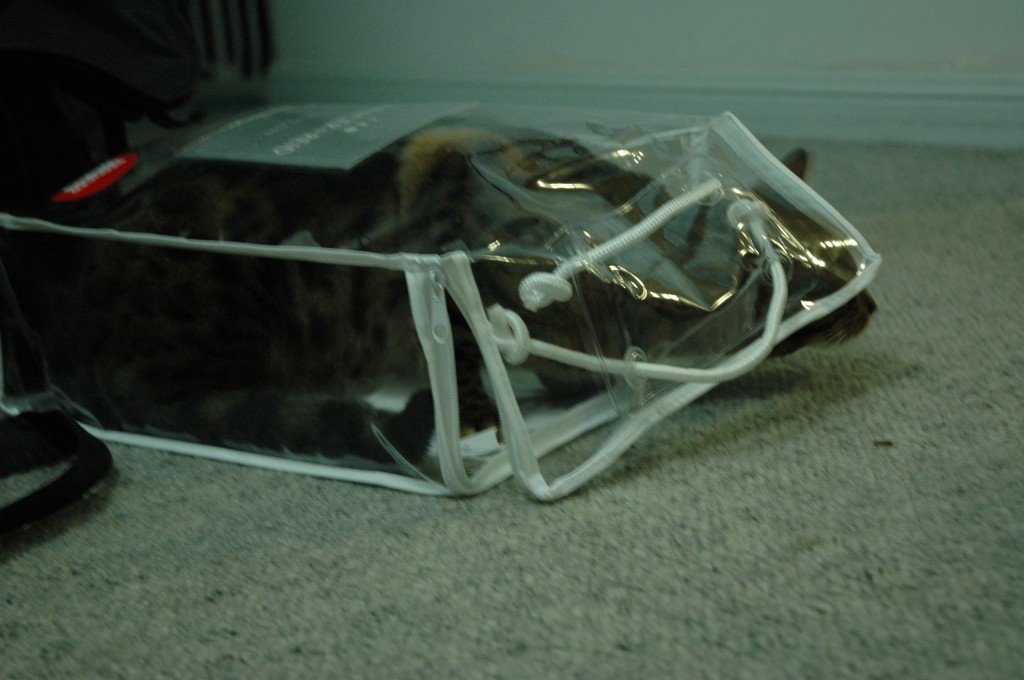 Kelly has been reading cake making books and collecting cake making equipment in preparation for Alyssa’s first birthday. For practice she’s made a cake for my birthday tommorow. The detail is amazing given its her first go at doing fancy decoration and icing. Everything is edible except for the superman candle. 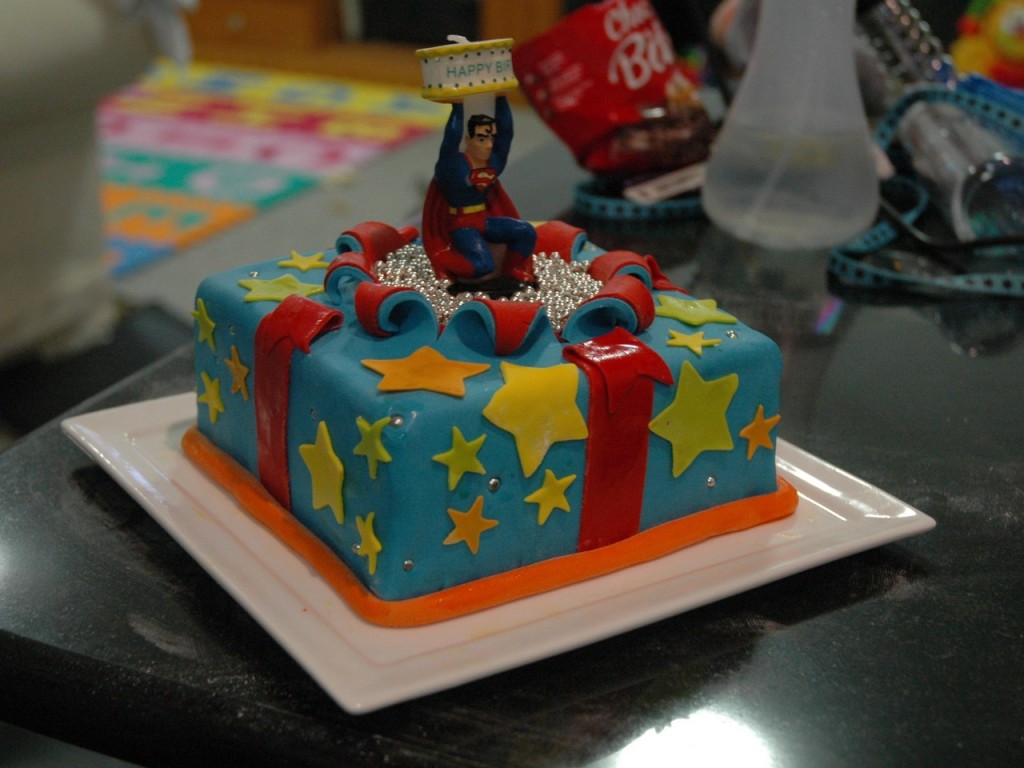 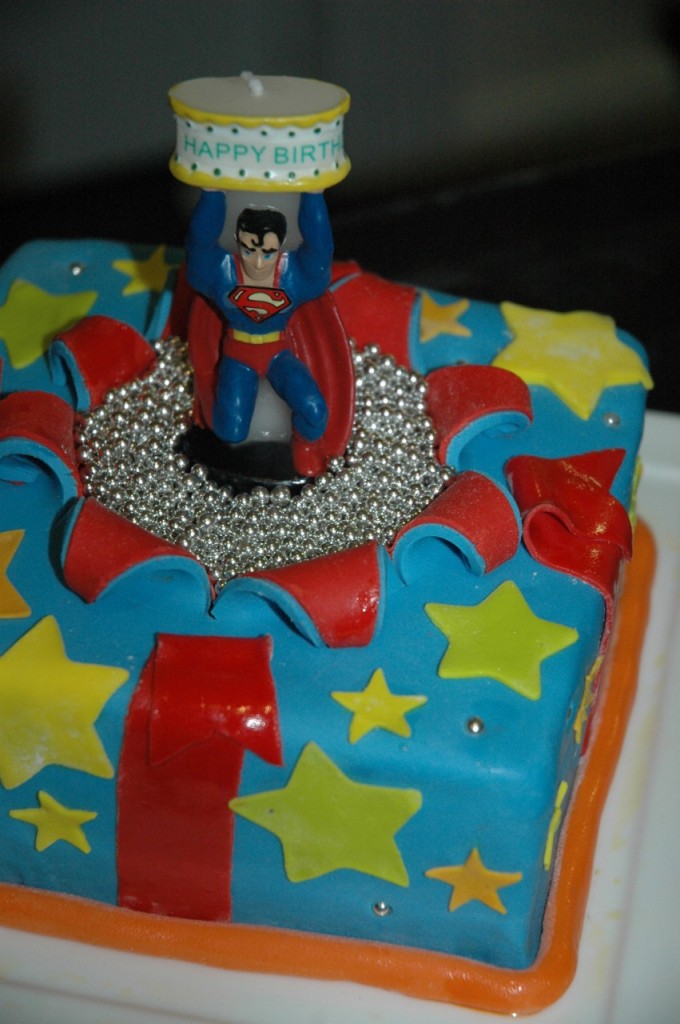 A while back I set up a WordPress blog to put up photos of Alyssa so relatives could keep up to date with what she’s up to. Now that Alyssa is getting to sleep at a more reasonable hour – 9pm instead of 11-12am I should have more time to blog again. And since Kelly and I are just about ready to start building our new house in Adelaide we’ve set one up for that as well.